What electronic games can teach us 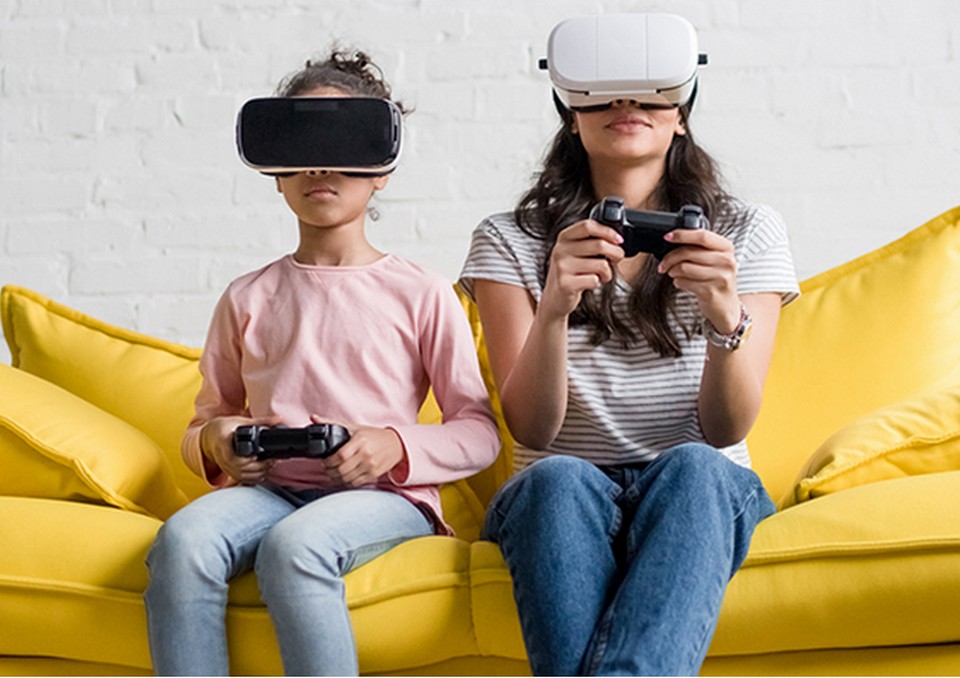 When my kids, ages 11 and 8, bang through the back door after school, often the first thing out of their mouths is: “Mom! Can we play Prodigy?”

After a quick mental calculation of how much screen time they’ve already had for the week and how much peace and quiet I need to finish my work, I acquiesce. After all, Prodigy is a role-playing video game that encourages kids to practice math facts. It’s educational.

Though video games are increasingly making their way into classrooms, scientists who study them say the data are lacking on whether they can actually improve learning — and most agree that teachers still outperform games in all but a few circumstances.

But there is growing evidence that some types of video games may improve brain performance on a narrow set of tasks. This is potentially good news for students, as well as for the millions of people who love to play, or at least can’t seem to stop playing.

“There is a lot of evidence that people — and not just young people — spend a lot of time playing games on their screens,” says Richard Mayer, an education psychology researcher at the University of California, Santa Barbara. “If we could turn that into something more productive, that would be a worthwhile thing to do.”

In an article in the 2019 Annual Review of Psychology, Mayer set out to evaluate rigorous experiments that tested what people can learn from games. Though he’s not entirely convinced of games’ educational potential, some studies did suggest that games can be effective in teaching a second language, math and science. The hope, he says, is to figure out how to harness any brain-boosting potential for better classroom results.

Your brain on games

Some of the first evidence that gaming may train the brain came from first-person shooter games. That these oft-maligned games might actually have benefits was first stumbled upon by an undergraduate studying psychology at the University of Rochester in New York. C. Shawn Green gave his friends a test of visual attention, and their scores were off the charts.

He and his research supervisor, Daphné Bavelier, thought there must have been a bug in his coding of the test. But when Bavelier took the test, she scored in the normal range.

The difference was that Green’s friends had all been devoting more than 10 hours per week to Team Fortress Classic, a first-person shooter version of capture the flag. Green and Bavelier then rigorously retested the idea with people who were new to gaming.

They had two groups train on different types of games: One group practiced a first-person shooter action game for one hour per day for 10 days, and the other spent the same amount of time on Tetris, a spatial puzzle game.

The new action gamers were significantly better at focusing on targets of interest in a cluttered, visually noisy field compared with the Tetris players. The team also found that the action gamers, on average, could consistently track five moving objects in a visual field, compared with the three that non-gamers could track.

Bavelier, now a cognitive neuroscientist at the University of Geneva in Switzerland, says that action gamers are better able to switch their visual attention between distributed attention (scanning a large area for a particular object) and focused attention (extracting specific facts from a video). “This is called attentional control, the ability to flexibly switch attention as time demands,” she says.

Though it’s not yet clear if improving this kind of attention can help kids in the classroom, Bavelier says, she does see the potential for games to help motivate students — adding a bit of “chocolate” to the learning mix.

Green, now a cognitive psychologist at the University of Wisconsin–Madison, admits that the benefits of playing hours upon hours of Call of Duty may be limited in real life. “There are some people who have jobs with a need for enhanced visual attention,” he says, “such as surgeons, law enforcement or the military.”

But, he notes, all games come with an opportunity cost. “If video game time displaces homework time, that can affect reading and math skills negatively.”

In other studies, researchers found that gamers who trained on Tetris were better at mentally rotating two-dimensional shapes than those who played a control game. Students who played two hours of All You Can E.T., an educational game designed to enhance the executive function of switching between tasks, improved their focus-shifting skills compared with students who played a word search game.

Not surprisingly, the cognitive skills that games can improve are the ones that players end up practicing over and over during the course of play.

And ironically, in assessing studies for his review, Mayer found no convincing evidence that so-called brain-training games for healthy adults such as the Lumosity suite of games succeed at improving memory, attention or spatial cognition.

The next step is to figure out how these findings may translate to the classroom, where video games are already making in-roads. Many students could benefit from an improvement in the ability to flexibly shift their attention when needed.

And though first-person shooter games are not really appropriate for grade-school students, Bavelier says researchers are getting better at identifying the core features of video games that drive improved brain agility.

“It could be a game based on a doctor who has to choose the right medicine to save the world. It doesn’t have to be linked to death, violence and zombies,” she says.

“Making a video game that is compelling and effective is difficult,” Green says. Not to mention that games designed purely for entertainment can cost as much as making a blockbuster movie. What might be more useful for classrooms, he says, is to design kid-appropriate games aimed at improving specific brain skills that will help students succeed throughout the school day.

In All You Can E.T., players shoot food or drink into aliens’ mouths based on a set of rules that keeps changing, forcing their brains to shift between tasks. And Gwakkamolé is a “Whac-A-Mole”-style game designed to help players improve their inhibitory control by whacking only avocados that aren’t wearing helmets.

Inhibitory control keeps kids in their seats, helps them focus on a lesson and prevents outbursts that distract the entire class. Practicing this task while playing a fun computer game has an appeal that other approaches do not. “It’s clear that games re-engage kids” who have turned off or tuned out, he says.

But Bavelier questions whether cognitive skills gained from gaming will transfer to other, real-world or classroom situations. “Sure people who play Gwakkamolé get better at inhibition, in that game,” she says. “But it’s a much taller order to show that that skill transfers to better inhibition in general.”

The best classroom video games have certain characteristics, say Mayer and Plass. They focus on one specific cognitive skill and compel players to practice that skill with embedded feedback and responsiveness. The game must be adaptive, meaning the level of challenge increases as the player improves. This is key for classrooms where teachers need one game that will work well for both struggling and advanced students.

Game designers want to hook students on educational games in the same way 270 million of us are driven to play Candy Crusheach day. “Games’ most salient feature is their motivational power,” Mayer says. “We want to harness that.”

To do that, Mayer says, brain scientists, education researchers and game designers must engage more deeply with each other to create compelling games that can sharpen cognitive skills while they entertain. Bavelier points to the power of kids’ brains to do things like memorize hundreds of Pokémon characters and their special powers. Imagine if they applied that obsession to learning all the stars in the night sky, Bavelier says.

Although this research is still evolving, I’m reassured about my own kids’ ever-increasing requests for screen time — especially when they beg to play games designed to help them master math.

“Our dream is exactly this,” Plass says. “That kids will be dying to get to their homework.”